The worldwide web has come a long way in a short space of time. Today, many people live huge amounts of their lives online, engrossed in social networking, consuming news and media, and shopping via thousands of online retailers.

Although the likes of Flickr and Facebook can provide you with an online home of sorts, they’re akin to renting a flat from a strict landlord. You can hang your pictures on the wall but can’t do anything about the décor – and knocking down some walls is totally out of the question. However, create your own site, and you can do whatever you like with it.

Unfortunately, web design can be complicated. Although online website production services exist to lend a helping hand, and you’ll even find some useful free web tools online, their interfaces are often alien, and working online can be slow due to connection speeds. Also, many of these services churn out unimpressive results.

Instead, you’re better off working with a dedicated desktop-based application, and we’ve brought together six leading Mac-based examples for this group test. Since this test is centred around beginners, we’re placing a firm emphasis on usability and speed.

We’ll look at how simple the tools are to use and if any bundled templates are visually pleasing, flexible, and relevant. And we’ll also see if our half-dozen chosen apps are suitable for making galleries, blogs, and more online with the smallest of effort.

There’s a stark contrast between the user-friendly apps on a test and those that are more impenetrable. Of the latter, Freeway Express and Flux want to be QuarkXPress and Coda, respectively, and are too complex for beginners, while ShutterBug’s esoteric interface is hard to love and often unforgiving.

TOO HARD: Freeway strives to mimic QuarkXpress, making it too complex for absolute beginners

At the other end of the scale, iWeb is a huge success. It’s everything you’d expect from an Apple application – the clean interface, with large icons, straightforward sidebars, and usable inspectors is a joy to use. iWeb is very occasionally awkward but mostly works exactly the way you’d expect, and in a very ‘Mac’ manner. Sandvox is similarly accessible and intuitive, aping iWeb’s clean, efficient style.

RapidWeaver also takes a modern Mac-like approach and is mostly intuitive, despite offering more under-the-hood power than iWeb and Sandvox. However, we weren’t keen on the split between editing content and visual previews, preferring the ‘live’ editing of the other leading apps.

Unfortunately, ShutterBug and Freeway Express offer rather dated templates, but the other four applications provide a good, varied, and modern selection. Although some templates are more specific and limited than others, every one of these applications provides at least a handful of smart generic themes that you can use as the basis for a wide variety of sites.

Except for Flux and Freeway, themes are switchable, and iWeb curiously enables you to apply an individual theme to each page.

iWeb, RapidWeaver, and Sandvox also go the extra mile in another way, providing pre-set page types, such as galleries and blogs.

CHOICE: RapidWeaver provides an ample selection of pre-set page types to add to your website

iWeb makes more effort regarding interesting layout variations (Sandvox and RapidWeaver’s are more rigid and uniform) but lacks a contact-form page type. Some customisation is also available, although complex templates often suffer when tinkered with. RapidWeaver’s ability to save custom styles for templates is welcome, however.

When it comes to helping photographers, Flux and Freeway Express do little, and RapidWeaver also disappoints in this area. Although it integrates nicely with iPhoto, the resulting galleries are divorced from the layout, and RapidWeaver’s Flash slideshows aren’t terribly impressive. Sandvox also comes a little unstuck — although gallery setup is simple (drag and drop from the media palette into a Photo Album page) and display options plentiful, the resulting galleries are dull.

For images, iWeb’s the clear winner. Integration with iPhoto is first-rate, and plentiful options for gallery layout and thumbnail decoration are provided and easily applied. The optional slideshow is also impressive. 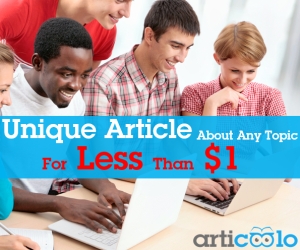 We use cookies to ensure that we give you the best experience on our website. If you continue to use this site we will assume that you are happy.Ok